The disparity between the Division I men’s and women’s basketball championships was highlighted in a document provided to multiple media outlets by the NCAA. . . .

The document cited examples as to why the women’s tournament budget is less than the men’s, saying the biggest difference in the championship budgets is the location of women’s tournament first- and second-round games results in “savings that come from reduced expenses.” 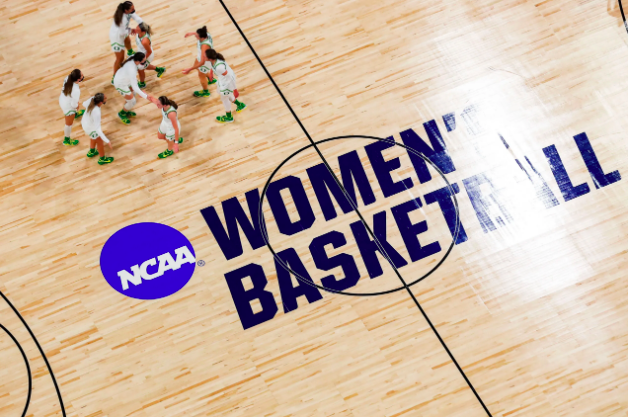 First of all, on behalf of the entire N.C.A.A., I would like to apologize for the disparity between the men’s and women’s tournaments. It has been brought to my attention that there is a history of gender inequality, and we’re very concerned by this. As of last night, I have set up a committee of twenty men to look into the situation. It is urgent that this group—composed of former male athletes, male educators, and male executives—get to the bottom of the women’s problems. We think that female athletes are supercool and we want to help them dribble out of this mess!

Let’s address the first issue: the disparity between the men’s and women’s weight rooms. Our hands were tied due to a space issue—specifically, the fact that the women’s weight room was inside the locker room that was inside the conference room of the Best Eastern, San Antonio. The Best Westerns were completely sold out—and, before everyone screams at me, the girls got free coffee and Munchkins from 6:00 to 6:30 a.m.

The N.C.A.A. supplied sets of weights ranging from three to fifteen pounds. I had no idea that women even lifted weights, so I assumed that these would be more than enough for the thirty-two teams sharing them. I honestly thought that we were doing them a favor. Women have seven fewer muscles than men, so why would they need to be lifting weights? It seems barbaric! The fact that they play full court still makes me wonder if that decision needs to be overturned. In lady tennis, they play three sets, as opposed to the men’s five, so why are we letting these future mothers run the entire length of the court? They’re not racehorses! Speaking of which, I have five grand on Strong Male Lead to win the Derby this year. That horse is a beast!

Where was I? Right, the equipment. Of course, the press picks and chooses what it wants to disclose, so I’m happy to report that we sent plenty of other equipment. Equipment that was easily accessible in the laundry room of the Red Roof Inn, another sponsor of the women’s tournament. We sent three jump ropes, two tightropes, and a sewing machine. I mean rowing machine. Nope, sewing. Sorry, I’m reading off the list that my assistant Sheila wrote, and she has terrible penmanship. I guess they don’t teach that anymore! The point is that there were a lot of ropes to skip and, when the girls finished their cardio, they could repair their jerseys.

We also sent two soft-serve-yogurt machines. It’s important for women to get extra calcium to prevent osteoporosis (weak, brittle little bones), which happens as soon as females turn forty. So I thought, Let’s get a head start! We also sent one slant board, used for loosening tight hips, which is great for lay-ups and childbearing. Again, just thinking ahead. As far as I knew, this was plenty of equipment, but, according to TikTok, it was insufficient.

The second issue that has come to my attention is the disparity of swag bags. The men’s swag bag included several large towels, a T-shirt, a hat, soaps, shampoos, deodorants, antibacterial wipes, a book authored by the legendary Georgetown coach John Thompson, and other items. The women’s swag bag included scrunchies, deodorant, a men’s XL T-shirt, tampons, pepper spray, five packages of nude nylons, and a copy of the book “A Thousand Ways to Please a Husband.” O.K., call me a dunce, but I don’t get this one. Both bags were packed with goodies! For the life of me, I can’t figure out why the women are nagging us about this one.

But we will continue to move forward and make sure that our committee of men rectifies the situation. We want to remove any hurdles, so that the girls can simply concentrate on the game and not get too emotional before the first whistle.